A RESPECT FOR LIFE, and the automatic creation of every thing living; demands: THERE ARE, “REALITIES OF MIRACLES” SIMPLY TOO SACRED, TO RISK! Because being WRONG, will become extinction for us all. Every body of life owes its existence: ‘to the concert of energy” that is orchestrated by the various elements of genetic structure. It is not “a numbers game”/ but a rhythm of life being born; as is the introduction of disciplines, order, and balances associated with the recognition that “I am alive”.

NONE OF THAT is considered valid by your former classmates in school. Yet all of that, is essential to the relationship of life and body, that not only forms itself entirely/ but recognizes the clockwork and timing, builds the process and creates the chemical structures, identifies specific constructions critical to life, and even orchestrates the reproduction of life beyond self.

Reality says: “there is nothing worse, than a believer”/ and that is NOT directed at religion: which demands each will make his or her own choice regarding death.

INSTEAD, it is focused primarily on those who worship universities: wherein, the people believe, because the media says so! Indicating, they trust; whatever they are told. “Can’t think”; they won’t let me. Can’t question: they will ridicule me. Can’t demand the truth by the evidence that is “UN-doctored, and fair”. Becoming their cult; by locking themselves in a prison cell; to shout inside, “you can’t get me here”. Because there is an endless supply: of manipulators, tempters, failures, fools, liars, thieves, cheats, traitors, terrorists and more; under the banner of television, politicians; and especially “the universities who taught them all”.

And reality proves: ONLY A VERY TINY FEW, provide all the answers: universities DEMAND you will memorize, mimic, and repeat to get a diploma

UNIVERSITIES SAY: TO HELL, WITH THAT, and offer this instead.

It is, the unfortunate truth: that the curse called a “university” is upon us all. The foundation of that reality is: their belief, that they can play god, and invade every life and energy form/ everything they can touch or imagine/ with nothing more than pride, want, or the power of government to take whatever it is they want for themselves.

NOTHING is more evident of that; than the reality of people intentionally mutilating genetics; and calling it research/ instead of their true intent which is to worship evolution as their god; and create chaos in nature; expecting evolution to then take over, and “make new life things”. So they can declare themselves god, by shouting “see this”.

The reality however is: that evolution is perhaps the most outrageous intentional lie ever created. Having absolutely nothing to claim as evidence other than “this looks like that”. But people are people; and when the herd feels threatened; they crowd the leader, and shout “we believe”/ as is required for a cult to exist. Evidence of that is: nothing will get the people; of evolution; to prove their claims/ because that would enable humanity to know: LIAR, every one.

Nonetheless; the constant curse of genetic mutilation/ and the horrifying consequences of CRISPR along with now; “factory line” assembly of species invasion and cross contamination of genetics throughout all of nature; as university claims they will be gods; “just you wait and see”. While religion remains absolutely quiet; due to the universities are their god as well; the biblical prediction of Armageddon (nature in chaos) edges closer to its “cannot stop this now” moment. As reality begins to invade the fantasies that are without the substance of truth or thought/ and live only in the delusions of fools.

But a herd is a herd (won’t think for myself_)/ and a cult is a cult (can’t question the leader/ that is forbidden). And the media zealot priests of that cult continually shout “FEAR/ BELEIVE/ OBEY”; OR be damned to hell. While politicians shout: hurrah they have to listen to us now/ throw life and nation and world; away.

So lets examine what is true of life and world:

what we must question is: THE RISK INVOLVED with discarding the sanctity of nature (the reality of life, which builds every body of every living thing)/ as if it were a game to be played by a tiny few. Who admit; they want to play god.

So when viewing the evidence they give us as their “right to play”/ the conception of DNA which is said to have numbers associated with it, so extreme; that one in a trlllion seems small, even possible. Which is why they have not destroyed us all so far.

We then review the making or building of every body of life; with the reality of messenger RNA which adds or multiplies the initial numbers of DNA; “by much more numbers now”. Which means endless combinations: so no, they don’t know anything.

We then construct the question: if even this is not enough; and yet another element of genetic coding is involved; as with transfer RNA to add in more combinations. we end with THEY CANNOT KNOW what they are doing; when the reality of choices in genetics; can easily be put as 10, to a“a hundred billionth power”. Why do they do it: POWER, and PRIDE. What do they want: BOW DOWN and worship them as gods. WHAT is the cost of their being wrong, in just one thing that cannot be returned to NATURE/ it is extinction for life on earth.

NO, they won’t admit to any form of ignorance; because they want what they want/ and reality will not let them; SACRIFICE ALL LIFE ON EARTH; just to play their games.

Mathematically speaking, is it true that number of combinations of DNA sequences which are just based on AGCT will far exceed the number of atoms in visible universe?

SO LETS EXAMINE THE EVIDENCE OF MEDICINE BY UNIVERSITY PLAYS god

to ask the question: allowing a small group of people, the biological weapons to threaten every life on this planet; “at their whim”. As is indicated by COVID; a extremely BAD IDEA or not?

An estimated 10 nonillion (10 to the 31st power) individual viruses exist on our planet—enough to assign one to every star in the universe 100 million times over. https://www.nationalgeographic.com/science/article/factors-allow-viruses-infect-humans-coronavirus

Jun 14, 2021 — Scientific American is the essential guide to the most awe-inspiring advances in science and technology, explaining how they change our …

May 20, 2014 — In recent years, scientists have found a way to make H5N1 jump between ferrets, the best animal model for flu viruses in humans. They say they …

How deadly pathogens have escaped the lab – Vox

Mar 20, 2019 — Research into dangerous viruses and bacteria is important, but for the deadliest pathogens, it’s not clear the benefits are worth the risks.

May 28, 2015 — Vials of bioterror bacteria have gone missing. Lab mice infected with deadly viruses have escaped, and wild rodents have been found making …

Inside the Chinese lab poised to study world’s most … – Nature

Feb 23, 2017 — Maximum-security biolab is part of plan to build network of BSL-4 facilities across China.

WE THEN SEARCH THE EVIDENCE FOR WHAT IS TRUE: with regard to the realities of universities; and if their intent is to help, or enslave and destroy?  REMINDING EACH ONE:  THAT THE PRICE OF ANYTHING:  IS BASED UPON WHAT HUMANS DECIDE TO CHARGE.  AND WHAT GOVERNMENT EMPLOYEES; are willing to pay with OUR money. 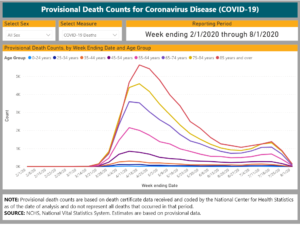 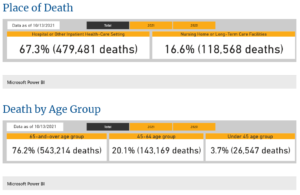 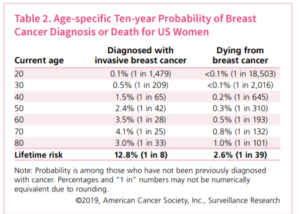 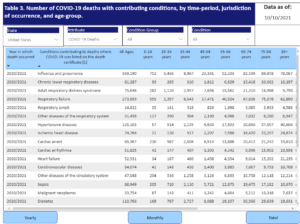 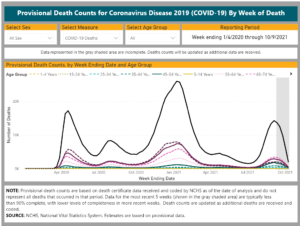 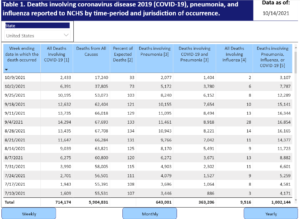 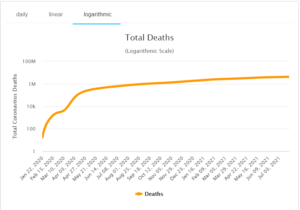 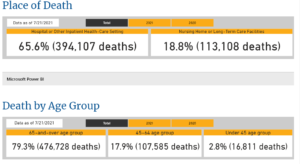 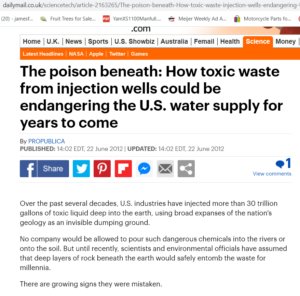 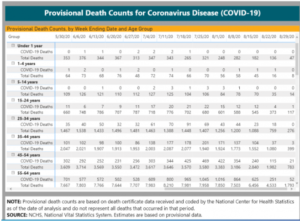 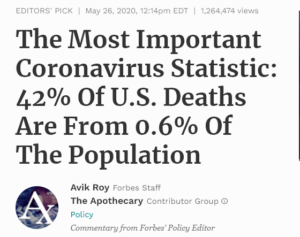 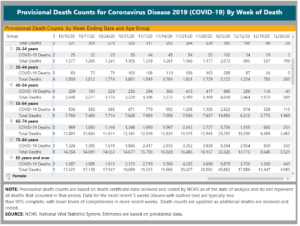 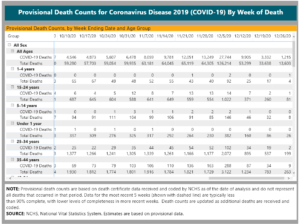 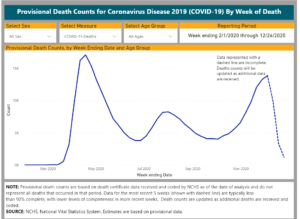 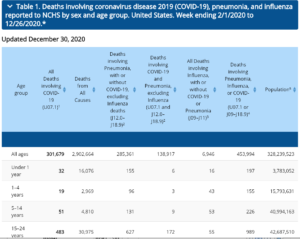 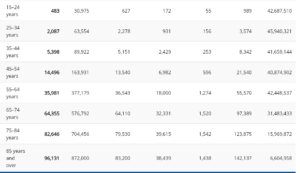 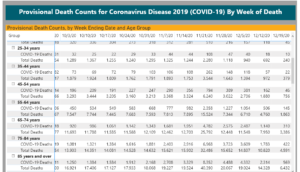 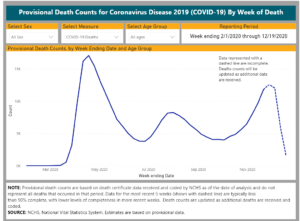 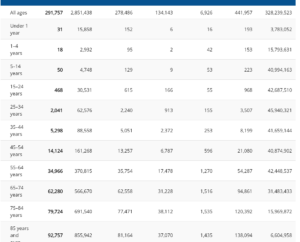 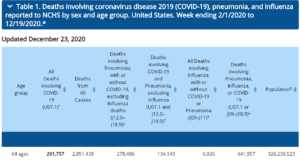 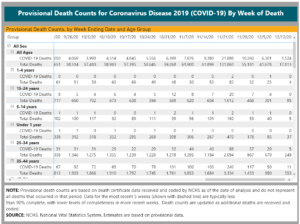 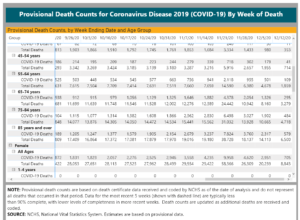