Tragedy is the name given to those who fail life and self, and fall into an abyss of power and hate and pride; so as not to see reality or truth. The consequence of all who accept evolution as “their god”.

There are literally only three definitions allowed for a believer in evolution: the herd animal afraid of being left out and alone lies, to avoid facing the predator he or she fears/ the cursed, looking for any excuse not to believe in miracles, the power to rearrange truth into want/ and the fool, what wants “to know”; and uses imagination pride; to assert their own fantasy or delusions are enough to play god with other lives. Shouting “look at me/ listen to me”; as pride will always do. Screaming I CAN play god, and prove it by rearranging genetic nature into chaos; so that, their god of evolution cannot be denied anymore. Literally destroying life on earth; for arrogance, the final descent past hate into the purity of chaos itself; where your death beyond the end of time; is not allowed. No escape forever.

The tragedy of that is truly beyond comprehension; as all three conspire to create an illusion of knowledge, so they can claim “god” is what they want “him or her” to be. Truth accepts none of that, and reminds all: only truth survives beyond time. If your life is nothing more than lies or pride or power/ eternity will let you enter the abyss of your own design; as is chaos in reality. Chaos in truth, can be seen on the sun: where atoms are literally taken apart, to burn. Did you not remember: “all human beings, are built of atoms”?

TRAGEDY on a grand scale, even beyond evolution: is the Satanic intent, to ignite the same fire here as is on the sun. Claiming the universities know, but reality proves: “their expertise is nothing more than lies”. Their intent: to burn this planet like the sun (same fire/ same result); is nothing less than war against Creation itself. Their decision to bring “pure chaos” onto this earth; is nothing less than SATAN; an extreme arrogance, “we can play god”; that allows, the cost of this human existence, has exceeded its value. And they will be extinct. Tragedy, because the people all say, “the universities are our god”; and like all cult worshipers, they do utterly refuse to question, or allow to be questioned: their leaders, for truth. Because truth would find them flawed, and that reduces the universities to merely former classmates who do not “know” what they claim to know. Or their false god dies, and the cult descends into chaos. Worshipers shouting; as they did for decades here in America: LIE TO US/ WE WON’T PAY OUR DEBTS: LET THE CHILDREN DIE “sacrifice their future”.

But alas TRAGEDY; because there are consequences for these decisions, you will not escape.

IT IS, the universities who teach and train/ indoctrinate and control; the children into adulthood; where they are enslaved by debts. So they do mimic and memorize anything they are told to think or say; to get the job, they won’t get unless their teacher applauds their behavior. These are then the substance, and foundation propagated for us; in all of the political parties/ media/ medical/ industry/ banking/ etcetera. The people who believe they are trained to be “the superior ones”; who cannot be wrong, “because their teacher says so”. After all he or she wrote a book! The foundation of fantasy/ the delusions of imagination rules/ the construction of delusions to guide the world/ thievery and the destruction of all individual stability/ cheating, and all economic destruction/ raping as is the assault on religion of all kinds/ ravaging as is NO resource matters/ rampaging as is “lets poison it all”/ terrorizing EVERYTHING they can/ propagating through media controls to manipulate society itself/ destruction of property/ destruction of nation/ destruction of values/ destruction of happiness/ destruction of family/ destruction of all things diverse/ destruction of individual thought/ destruction of national security/ destruction of privacy/ destruction, and betrayal of life itself. Because the end result of everything the university stands for is: TEAR IT DOWN/ so we can take control. As is the constant of every invading army throughout history. To their shame. And yet no matter how utterly insane the reality of invasion; the herd of sheep will follow anyway. Surrendering their world to the same catastrophes as started world war 2. but hey the cult is the cult; because those who create their own gods/ then fantasize as all fans do, “that they are now children of god” too.

SEARCHING FOR SOLUTIONS AMONG OURSELVES; as is the concept of this potential class action lawsuit to confront medical billing. REQUIRES us to assemble the decisions we will make in a simple, plain, easy to understand/ difficult to misinterpret foundation for legal actions to arise. The following are examples:  of directions this class action lawsuit might take. The purpose being to create a conversation upon which we identify what will work for us.  WHEN PLAIN AND SIMPLE; are worked out, as a society using democracy to assist itself in our own LEGALLY ENFORCED solutions:  then healthcare can be changed.   THIS IS: a democracy enforced, LEGAL decision to be made as WE THE PEOPLE;  to change, what our employees failed to do.  NO more politics: we decide for ourselves!     to vote: you must select “yes or no”/ then click on the word vote at the bottom right hand corner in each box.

ONCE YOU HAVE COLLECTED THE EVIDENCE, AND DISTRIBUTED IT TO THE PUBLIC FOR THEIR ANALYSIS/ ONLY THEN as fundamentals to be decided upon: will go to real world vote.

The primary value of a courtroom: is to enforce the collection of evidence and prove its truth has been consecrated by “their word/ and reality of sworn testimony”. As is consistent with REDRESS OF GRIEVANCES. 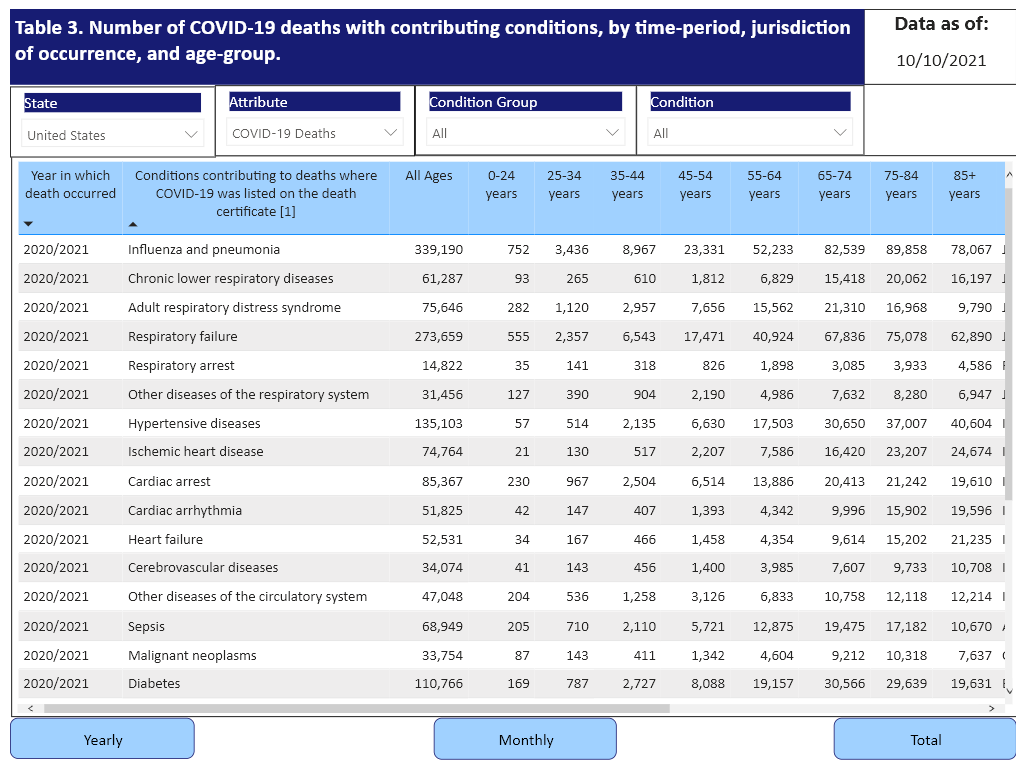 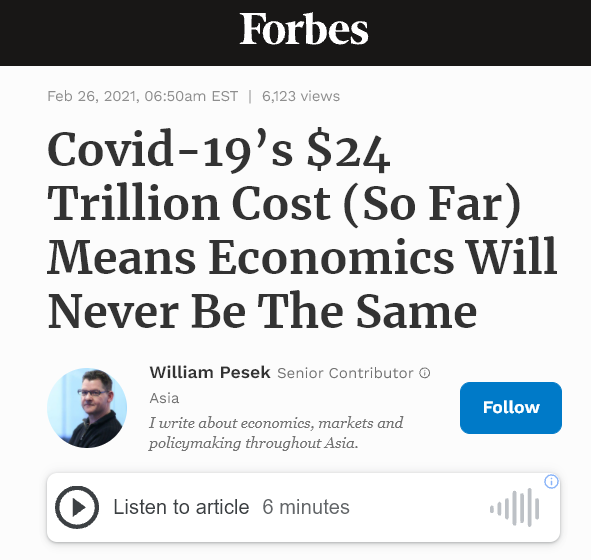 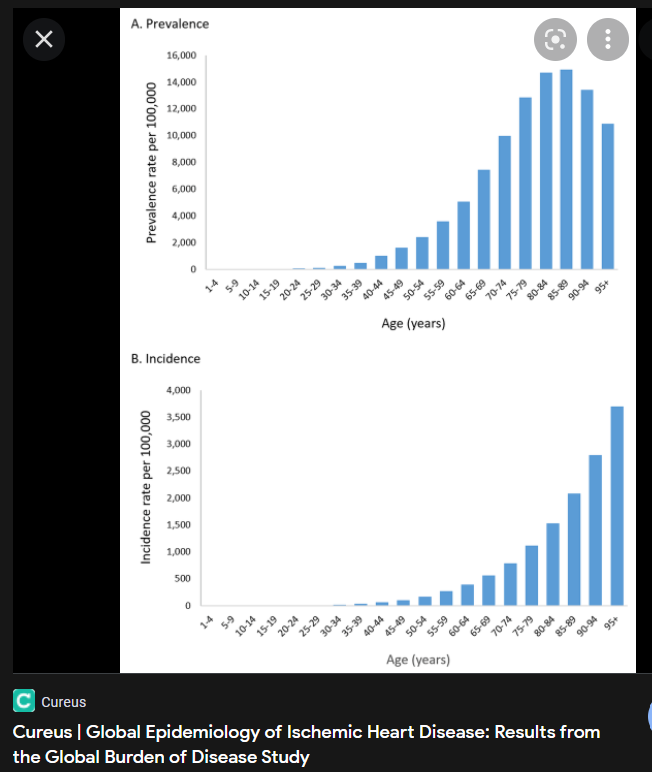 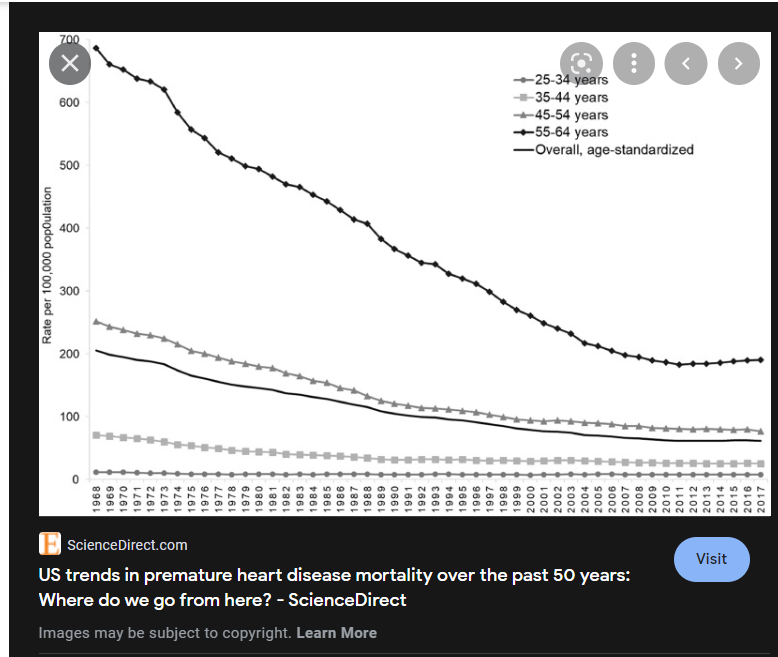 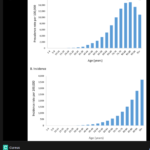 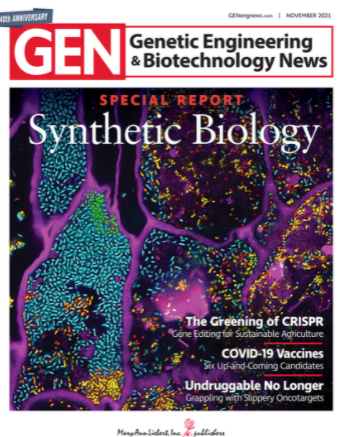 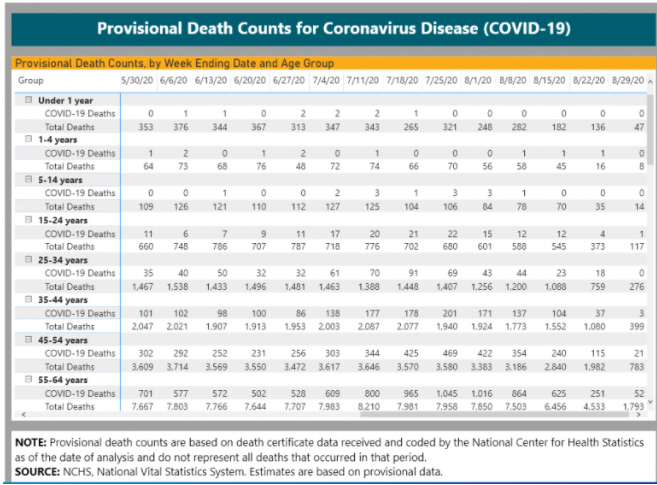 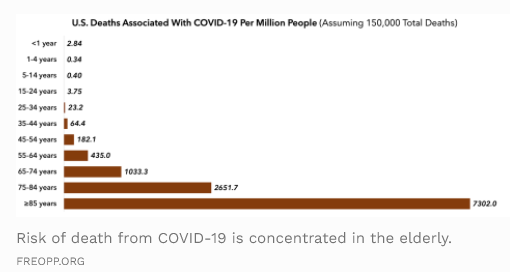 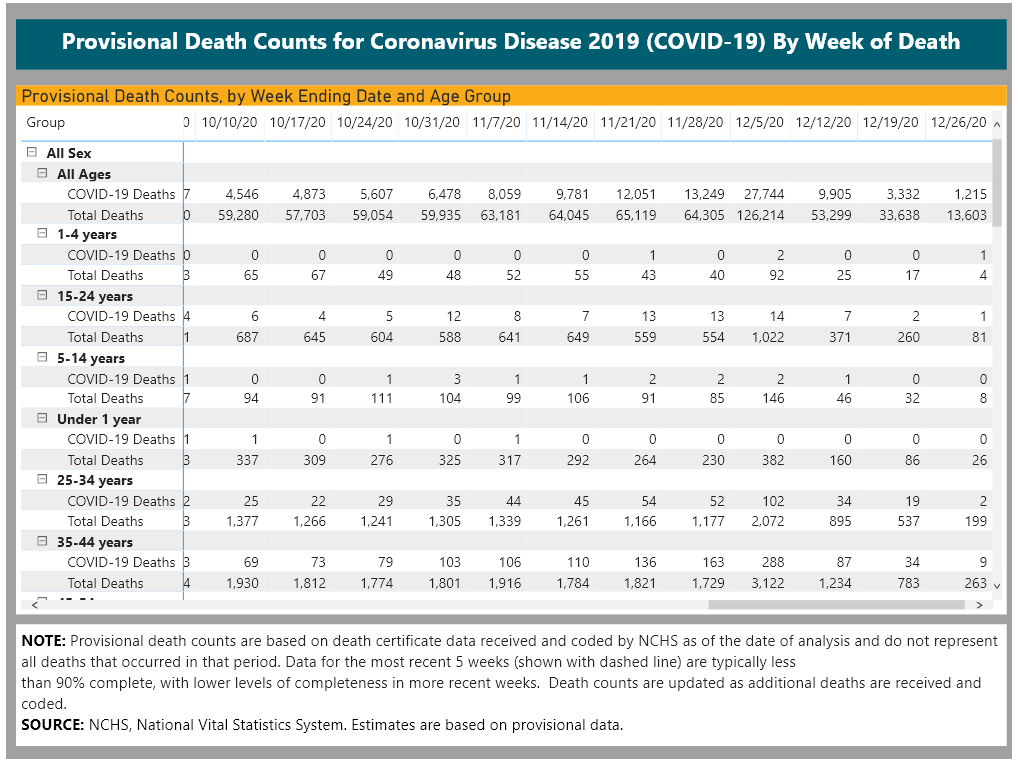 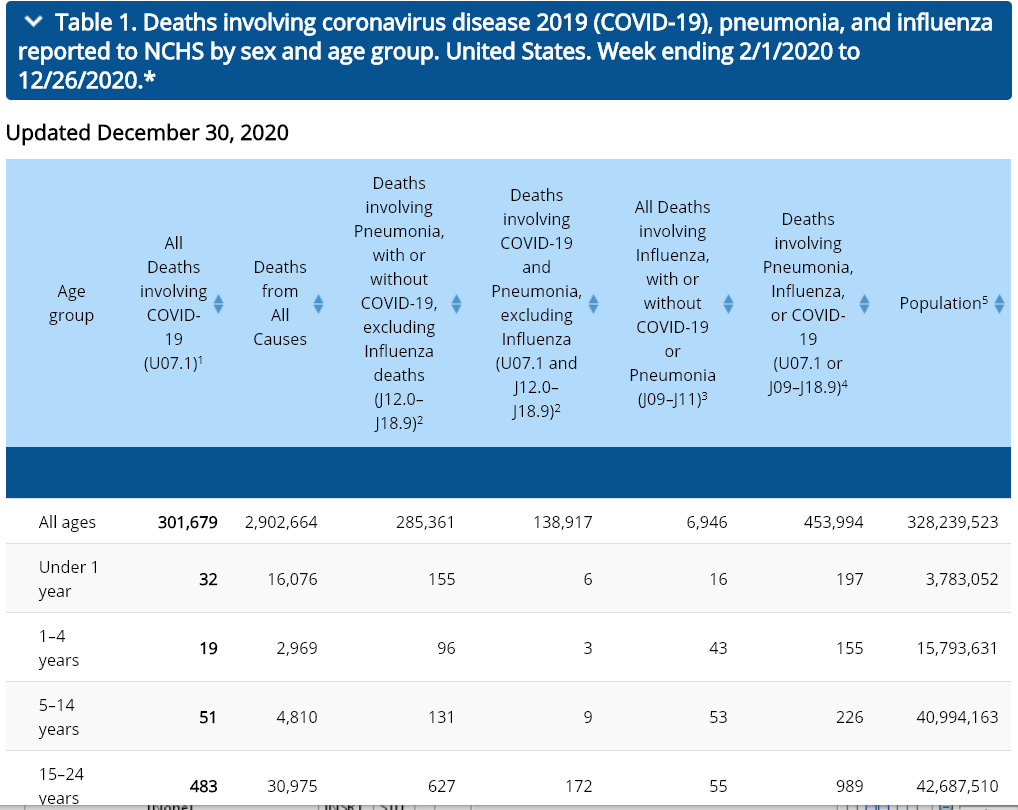 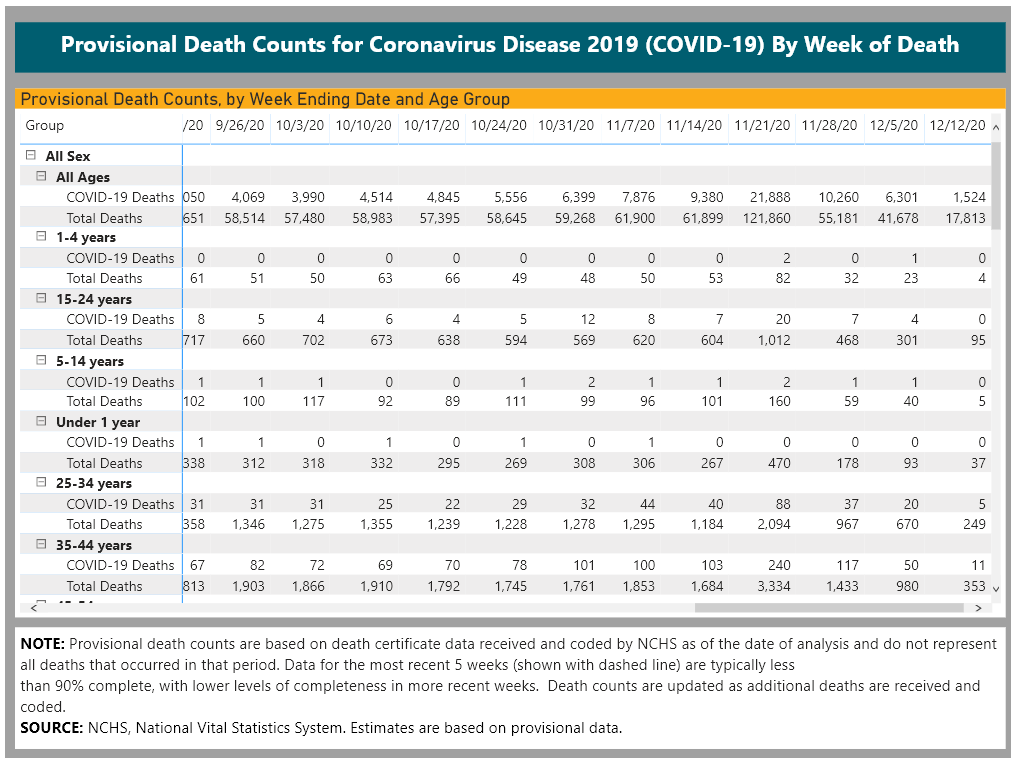 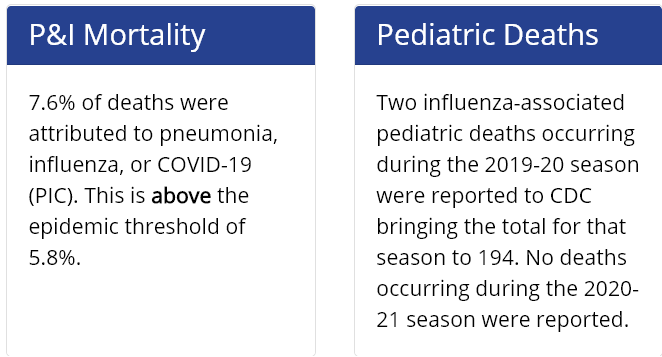 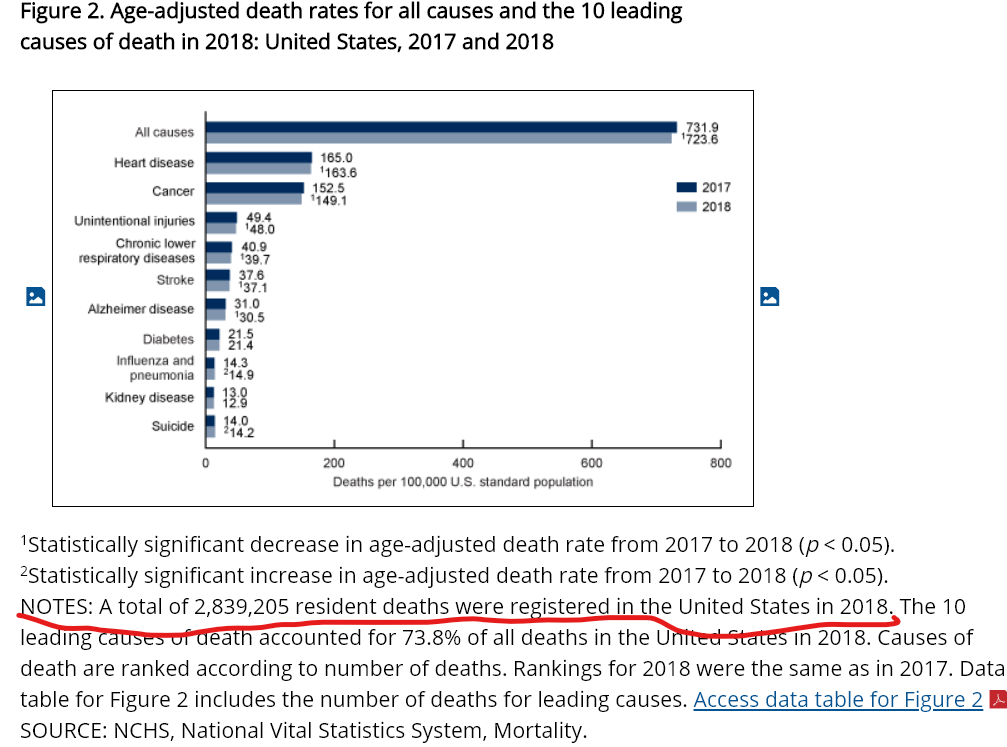 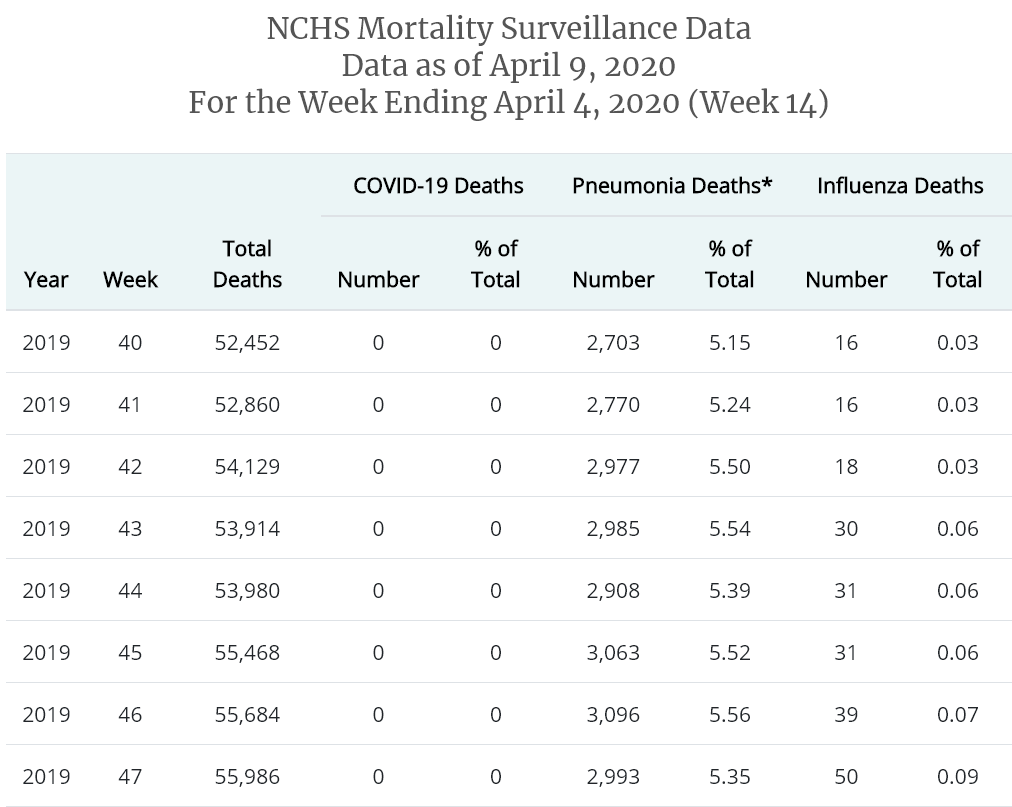 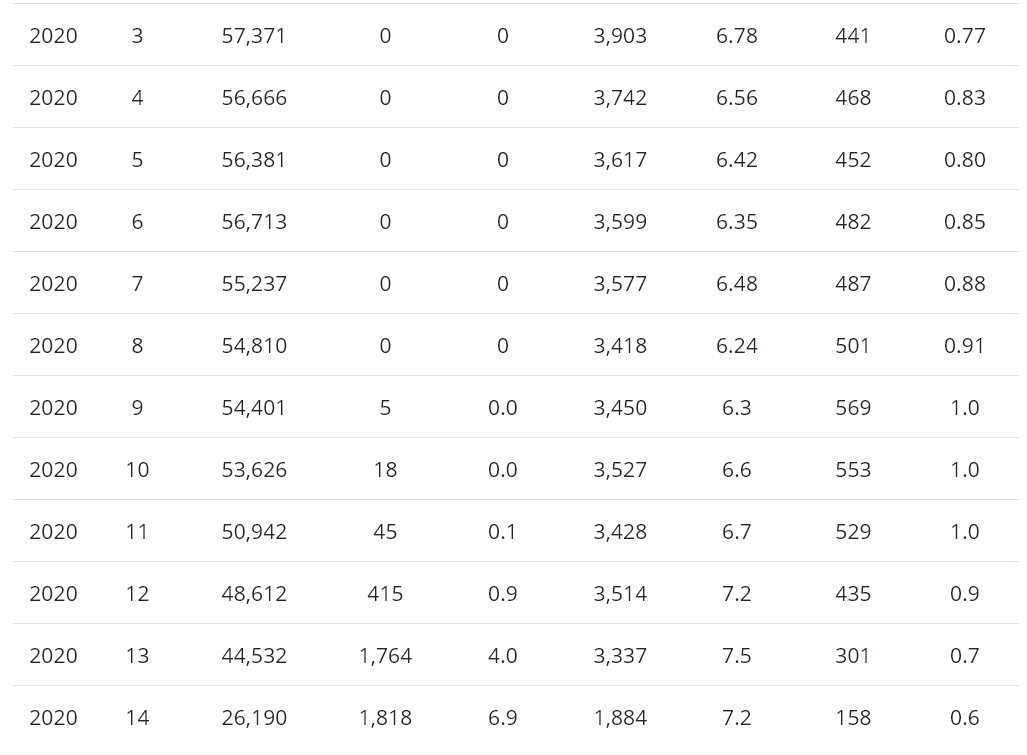 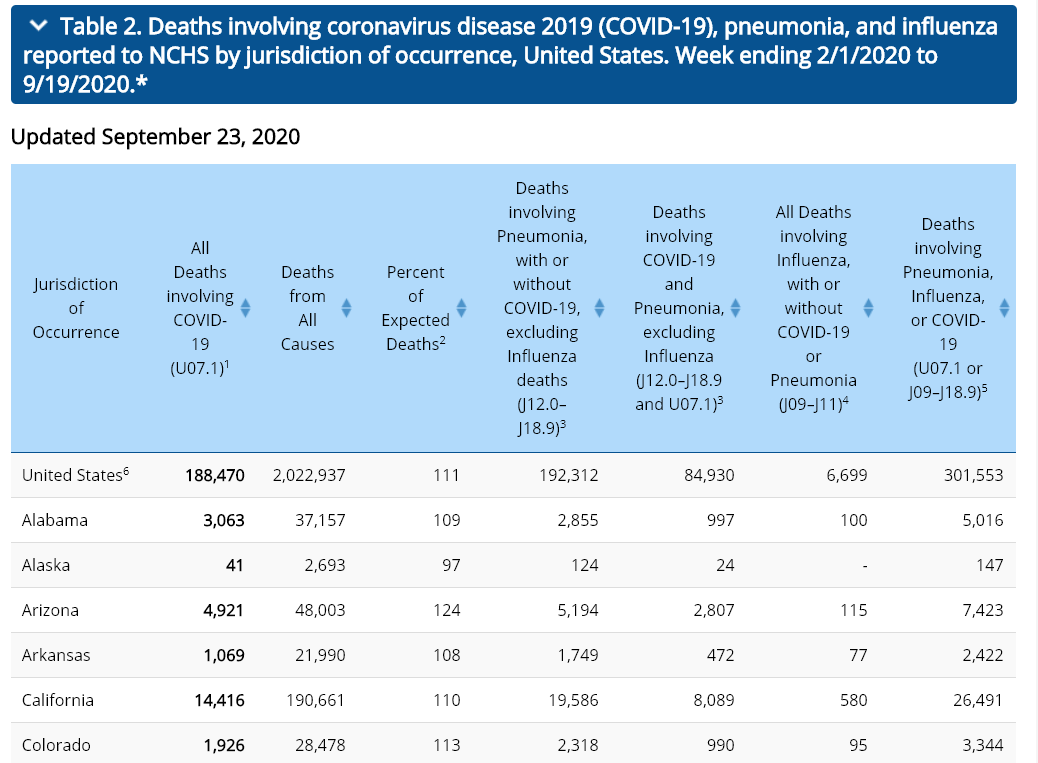 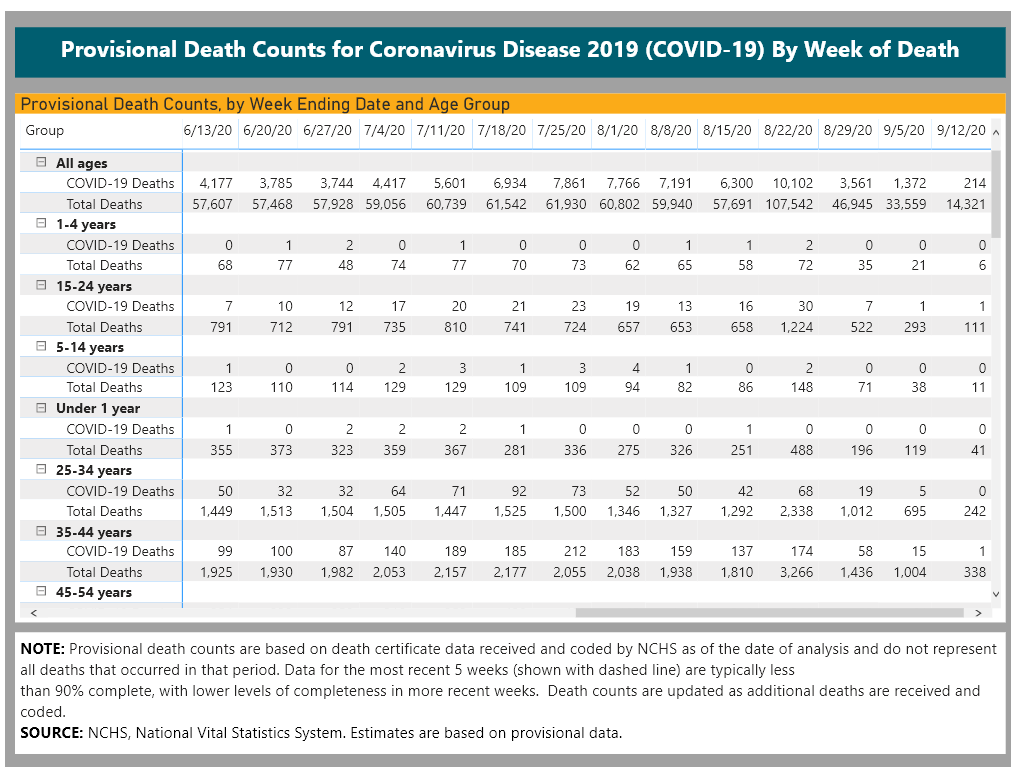 think about how much you do have to lose: do to universities mutilating genetic nature.  Instead of fearing what you are told to “fear/ believe/ obey”: UNDERSTAND WHAT YOU HAVE TO  LOSE!

not a game, a reality. As is the reality of “crispr”: the method used to inject the covid vaccine. the method used to alter the genetic code you were born with: by using a slicing tool, to cut apart your genetic chromosome material (nature itself) in each gene; and replace it with what the universities describe as “better”.  A gene slicer, that stays in your body; which could activate on its own; or be activated, by a thousand different methods: to start slicing and dicing the very essence of your human existence. an out of control, we cannot stop this reality! Literally causing Armageddon: which means “nature in chaos”. 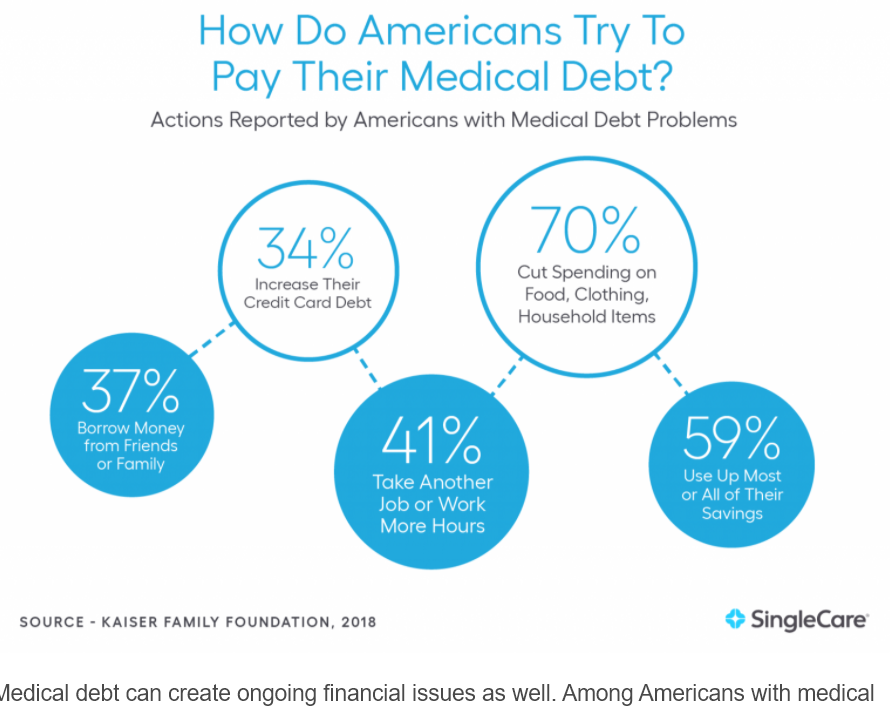 The primary value of a vote is: that we the people, will accept the cost of what we choose/ the reality of evidence, without further complaint. As our own decision becomes the path to our own authority, over our own government, by our own solutions.

what this shows is:  the extreme intellectual trap, as is used to contain our complaints about pricing as they deluge us, with irrelevant shit/ to refuse, and insist that “we don’t understand”. Whereas the reality of my own billing is quite simple:  broken bone in lower leg, torn ligaments. AS IS WE DO UNDERSTAND/ and we do know, just how much labor you spent.  Such as: twenty minutes to wrap a cast plus bandages = $1164.00 dollars, each time. 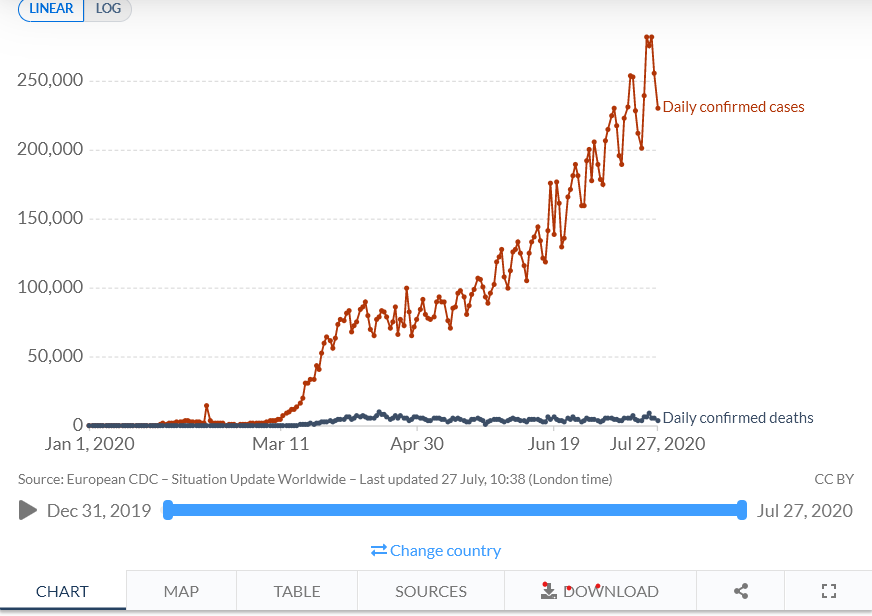 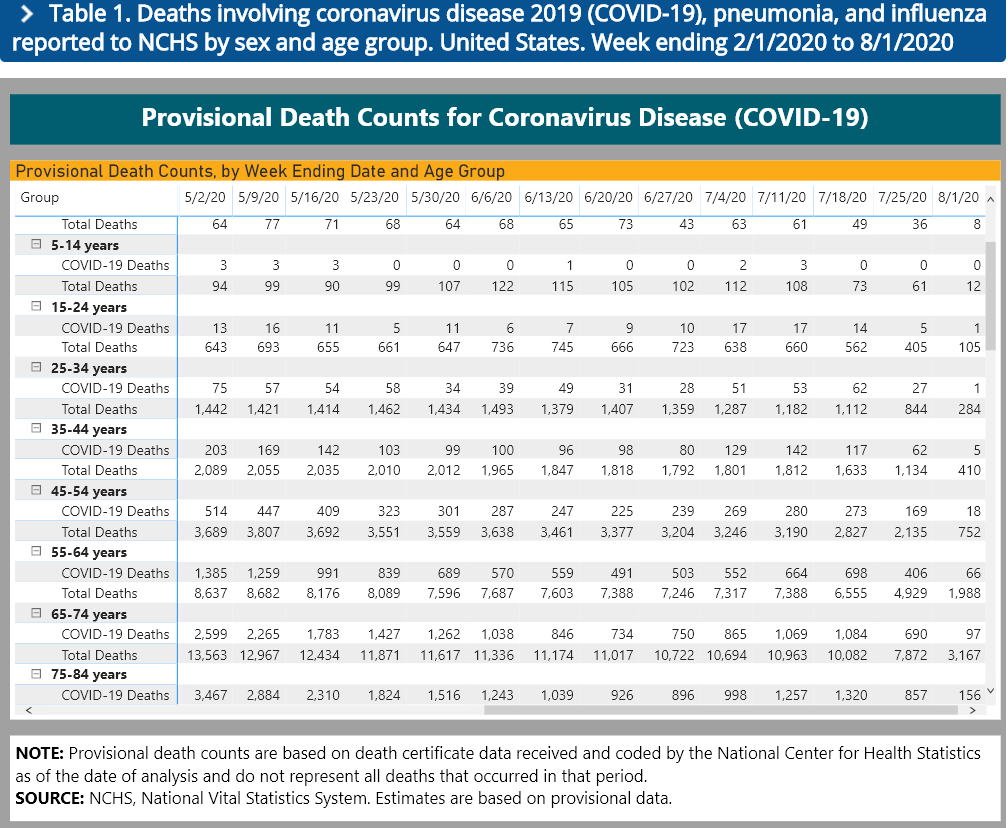 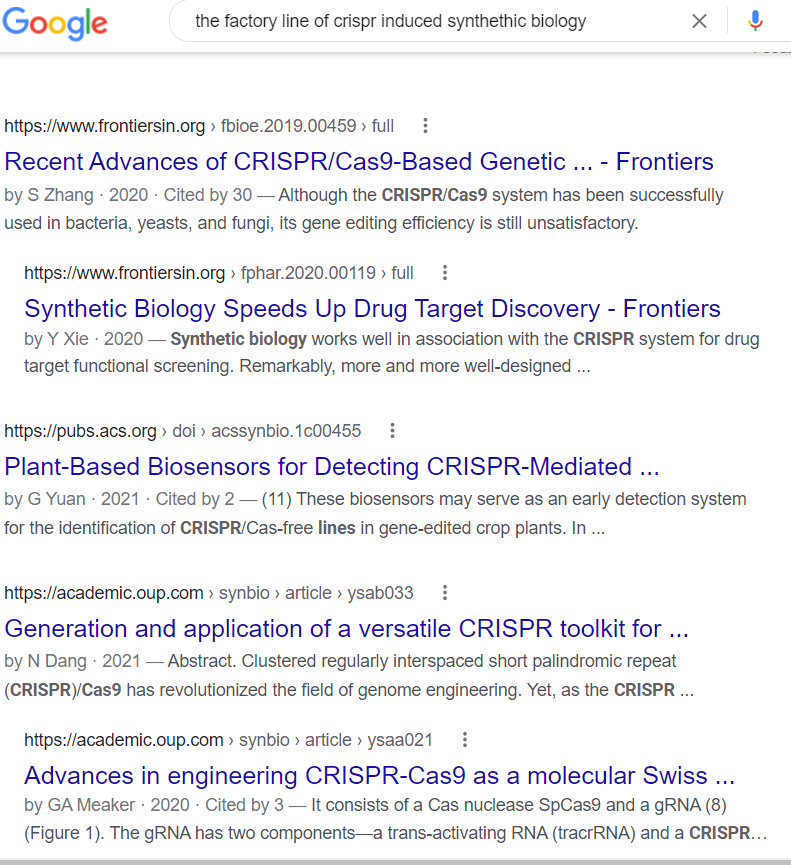 the human body is built with TRILLIONS of intricately laced, fundamental instructions: that build a living factory, which disassembles the resources we eat and drink into the chemicals our own body needs to survive. Critically constructed with endless biological elements, which must live in harmony with each other, our existence is based upon a concert of factors so far beyond the human ability of conceive of this; “that it is other worldly” in fact. Into that foundation of life through the nature of genetics:  “university says, we can do better”! But reality will prove their attempts to be “god”/ will become death for life and earth;  as the school children of an indoctrinated cult who have no brain [as proven by evolution]. Becomes what religion calls Satan (destroyers, of this world). That is the price of being wrong; the cost of letting universities play god.

And the people say: “our lives are better, with university”! But now that reality begins to show the cost of university is a dying world/ the decisions that you made, by saying “yes we can”: turn to say now you are extinct. Because that, is what you chose. Let reality prove what is true!    And all the people say:  that is not my job/ I want what I want. And I know, I don’t want to take any responsibility for what went wrong: SO I REFUSE to “know anything”/ that might make me change, as truth demands for life.  “I am innocent/ if ignorant; therefore I refuse wisdom, and demand arrogance instead.

Such is your world, as it collapses onto the garbage mountain; of “university knows”/ university is god.

NOT my job to save you. NOT even my job to spread this message of change or die. It is yours. Humanity is the threat, so change yourselves/ communicate among yourselves/ do what you need to do for life and world. And then know it is true: instead of yes we can do anything we want/ YOU WILL ACCEPT;  “no, you can’t”; because our world will be lost, if you do. The price of survival, because of all the rubbish and failure; of “university knows”.  REALITY MUST:  sort what does have value/ “from the enemy” of life and world.